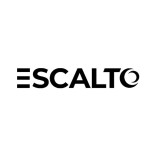 ESCALTO is a lifestyle blog focusing on people's heads and…

How To Tidy Up Your Home While Enjoying The Process

We live in a time where the thrill and shock factor is what sells. Sensationalizing every piece of news or simply making it up is a trend that’s becoming more prominent and dangerous.

These days, media sources brutally exaggerate if they see even the slightest potential in a news story. Quotes by famous personalities are taken out of context and they are pitted against each other to create a fictional fight or bad blood. Why? Because drama sells! Fake news is dangerous and unhealthy. It can destroy lives, create chaos, and give rise to dangerous social problems.

The advent of the internet and social media has given birth to multiple platforms and websites that have taken the liberty of calling themselves news websites or sources.

What Is Our Current Stance?

Today, news takes no time to reach millions and billions of people all over the world thanks to social media and exactly that very number of people are empowered to give their opinions and ‘share’ the news. It seems that the news which circulates on WhatsApp moves faster than the speed of lightning!

The internet is a hard place to trust. However, there are some smart ways which can help us think rationally. Click To Tweet

In a time of panic, especially in post-COVID times, there have been scores of “news” items talking about vaccines being discovered or alcohol having the power to cure COVID-19. As a result, people have lost their lives because of fake news surrounding the COVID pandemic. For example, certain people consumed alcohol and other dangerous substances simply because they believed a piece of news online that said doing this would kill the virus in their bodies.

This is incredibly sad and unfortunate. We must take these incidents as warnings and learnings and be smart enough to not fall prey to fake news.

Why Are Fake News Created?

Fake news is also hard to control because we cannot hold the culprits accountable. They are unseen faces in the digital abyss which almost impossible to detect, identify, control and/or stop. This is one of the biggest disadvantages of digital dependence and a classic example of the misuse of technology.

The idea of creating fake news, and sharing it, is to create panic and chaos and earn clicks and views. Millions of videos on online platforms are click baits which means the actual content is something totally different from the video’s title and thumbnail misleading the user into clicking on it. Fake news is also used as a political instrument which makes it all the more dangerous to the social values of democracy and freedom.

How To Call Out Fake News

In a nutshell, fake news can easily influence us if we are not careful. Thus it is imperative that we think logically and verify the news before acting on it simply because everyone else is. When you spot a news item that looks and sounds suspicious, do the following:

It is human nature to think the worst in precarious situations. When we read or hear news of a tragedy or potential danger, we immediately panic and react too soon. Let’s take the example of natural calamities that have become a common phenomenon of our time leaving us anxious and feeling vulnerable. Reading about floods, landslides, blizzards, storms can frighten us and make us panic. When we panic we react out fear causing ourselves unnecessary distress. No matter how bad the news is, think to yourself “Could this be true?” and secondly “I need to verify this first”.

Very few newspapers (online and print) and news agencies have earned the respect and trust of their readers. They have significantly expanded their readership by leaps and bounds. These include The Sydney Herald, The New York Times, Thomson Reuters, CNN, South China Morning Post, BBC, Bloomberg News, etc. are news agencies that are reliable sources.

It is highly unlikely that they would ever publish a news story that is fake. Even if they reported something wrong, they will make a point to admit the same and correct the error. So, be selective about your news sources and consult only those that are time-tested and reliable.

We all enjoy celebrity news and gossip. We crave to know everything about people we admire on the silver screen. These days celebrities have verified social media accounts on platforms like Instagram and Facebook which are managed by them or their publicists.

These 5 Practices Will Make You Become More Successful

Their social media handles are genuine sources of information that are shared directly by your favorite actor or actress. So, next time if you read about your favorite movie star getting married to a person she just met, do take a look at their social media handle. Chances are they are laughing it off! This holds true for other personalities as well e.g. wellness gurus, politicians, business leaders, etc.

4. Verify And Compare With Other News Sources

Fake news is floating in cyberspace all the time. Anyone can create a website, video, blog, etc. and ‘become’ a website regardless of whether they possess credibility or not.

This is unfortunate but we must come to terms with this new reality and learn to spot the fake from the real. The minute you suspect certain news on a particular website e.g. Cool News (fictional), run a search for the same story and see if any other platform has reported it. If not, it is definitely fake news that’s created for views and likes.

Publishing news online makes it possible to give you opinion on something right away in the comments section. This also provides a platform for healthy (and unhealthy) debate and discussion about the news in question. Since news finds its way around real quick, so do comments and reactions. If you have a doubt about a news story, remember to check the comments section of that new story. If it is fake, chances are somebody has already called it out. This means it is most likely a fake piece of news. Don’t forget to thank them if that’s the case!

The internet is a hard place to trust. It can create and recreate a lot of content at the speed of light. Whether or not that is real or fake is difficult to determine. However, there are some smart ways which can help us think rationally, not believe fake news and react in ways that can be harmful.

The digital age has given everyone a platform to make their voices heard. Fair enough. However, when these platforms are misused to make false voices heard, it’s a problem. Nothing wrong with having the freedom to express yourself but not at the cost of hurting someone and causing them pain. So be responsible, be rational. Before you read, believe and share any news, run the checks that we have talked about. 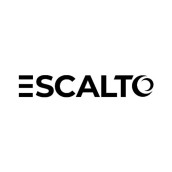 ESCALTO is a lifestyle blog focusing on people's heads and hearts. Stay updated with well-being with us!

5 Ways To Spot A Con Artist

Why Do We Crave Coffee In The Morning?

5 Tips for Job Searching During a Pandemic

These 5 Practices Will Make You Become More Successful